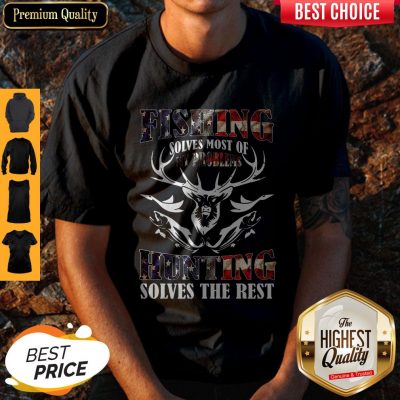 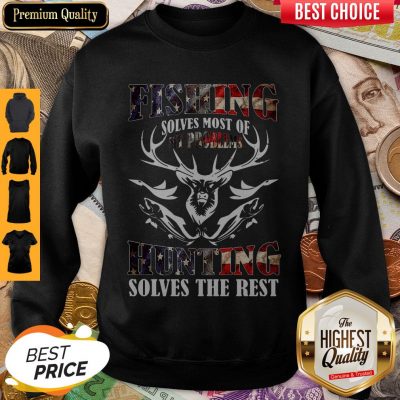 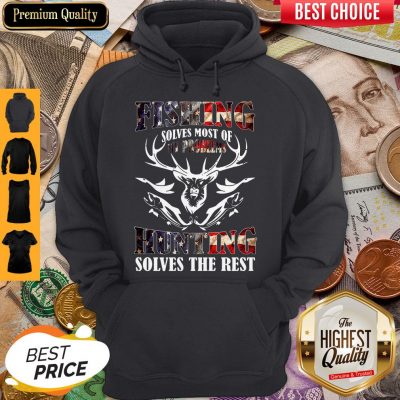 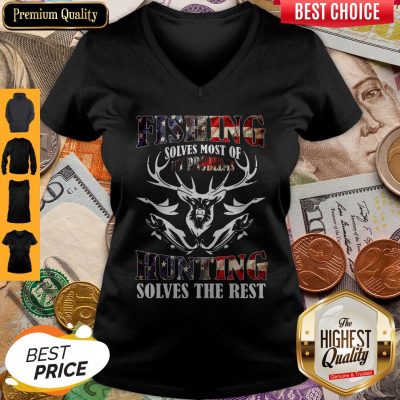 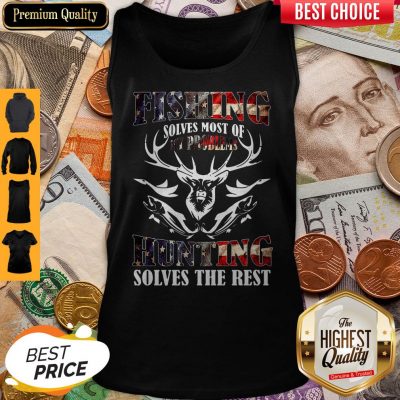 I kinda wish one of these videos shows someone walks in grab a Nice American Flag Fishing Solves Most Of My Problems Hunting Solves The Rest Shirt item, go to the self-checkout, swipe his card and walk out among the chaos.I, for one, welcome our self-checkout overlord- wait but I scanned that already, why are you telling me to remove – okay fine, I’ll remove it. What, return it to the bagging area why do I need to- no it’s not an “unexpected item” you literally just told me to put it there so I did now you listen to me you POS- ahem I mean overlords. All the officers were at the house of the cop who killed that guy. I don’t understand why they do at the very least put the ex-officer in protective custody so they actually have officers to keep rioting under control. It’s an attack on what the cops really protect, they aren’t here to protect anyone, they’re here to protect property.

It just devolves into an opportunistic situation Because the Nice American Flag Fishing Solves Most Of My Problems Hunting Solves The Rest Shirt people doing this believe the only reason not to do this normally is that they would be confronted by the police. They don’t give a crap about George Floyd. They just want to steal and destroy shit. Nope. The store owners didn’t do shit. Small businesses didn’t do shit to them. Point the outrage where it should be directed- the govt, politicians, policies, etc. But what the fuck did those store owners have to do with any of this shit? Outrage at the police doesn’t mean go out to rob and victimize people. This ain’t protestor, either just scummy opportunity looters I hate to say this but the first picture is of a Wendy’s store. That’d not the best job in the world but it was something to someone, and now those jobs vanish. Gone for years. So easy to wreck someone else’s life up.

What the Nice American Flag Fishing Solves Most Of My Problems Hunting Solves The Rest Shirt fucking fuck??!! Burning down the low-income housing unit that was under construction was also a big brain move. The worst part is the idiots trying to justify it. Saying “this is them letting their anger out” like wtf. No matter how mad I got with any one person or any government agency… I wouldn’t just burn a random person home down. That’s so fucking stupid. It doesn’t make sense to raze anything ever. There are people who are going to be jobless because of this. We should at least try to pretend that we live in a civilized society. Massive multinational corporations that displace local business and monopolize the market while offering low wages is hard “their community.” Do you really believe that there are 20 or so people just waiting to open up small businesses to make target not necessary here? Opening a business is extremely expensive and difficult. Sit and wait for it to go to court? People are sick of this shit.