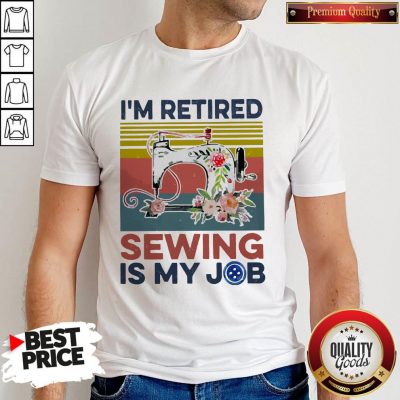 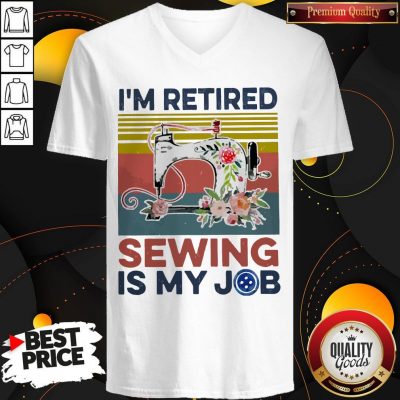 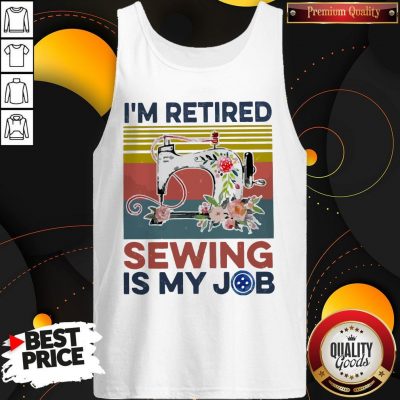 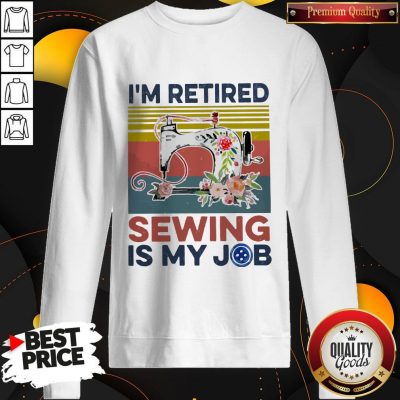 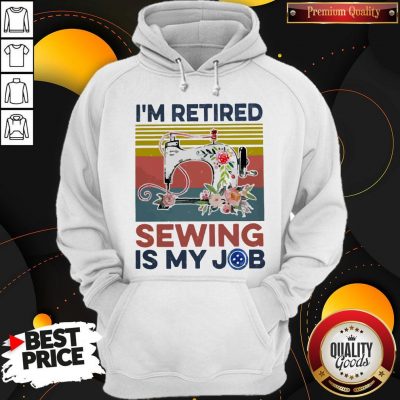 This was my favorite part. I didn’t know about it, and then there was this little purple sequin dragon floating around. Such an Awesome I’m Retired Sewing Is My Job Vintage Shirt serious, big emotional moment, and that little bit of levity was great. Humans. They just said it’s a little stuffed apatosaurus! Their sons both love dinosaurs so they voted on the one to send up to space. I think his name is Tremor. Wait? They had a little dragon floating? So sad I missed that! I disconnected after they reached orbit and jettisoned the second stage. Damn. That’s awesome! It was only visible for a brief moment then floated out of frame. I think one of the astronauts tried to grab it but it seemed to float out of reach. Yeah, all motion is relative. Grandma in her scooter is actually moving at 1.3 million miles per hour when you account for our galaxy moving through space.

Damn, she’s gonna have a hard time staying within the atmosphere if the Awesome I’m Retired Sewing Is My Job Vintage Shirt galaxy stops moving cool! Thanks for the warning on the speed too, now I’ll go in with the right expectations. I’m still interested because all launches look pretty much the same. Even the booster landings were totally incredible the first few times, but have become routine. I’ve never seen a live docking before. I’m a control engineer with some understanding of orbital mechanics. The maths is significantly harder than the launch. I guess that’s why they go slow. Having spent 5 years working on Dragon I’ll be nervous but confident until they’ve safely splashed down!

Massive props to you and the Awesome I’m Retired Sewing Is My Job Vintage Shirt rest of the teams that have worked on the various falcon rockets and both of the Dragon vehicles! You guys truly rock. Thank you for everything you’ve done, and for bringing us closer to a truly glorious future.Same. That’s where most catastrophic failures happen after a rocket is off the launch pad. Ask an astronaut and they’ll probably tell you that watching a launch is more nerve-wracking than being in one! That’s the entire ethos behind the INTERNATIONAL Space Station!!! It could never be accomplished without international non-partisan support.